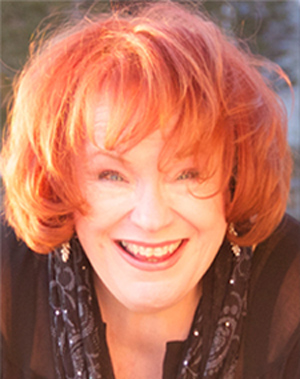 While in NYC, Kathy’s Equity stage career included the National tour of FUNNY GIRL w/ Deborah Gibson, traveling companies of GODSPELL, THE MUSIC MAN, ME AND MY GIRL, ROAR OR THE GREASEPAINT (Coconut Grove), SWEET CHARITY (PCLO), PIPPIN (USVI), and PLAY IT BY HEART(w/ Lori Morgan) and NINE (both @ Papermill).

2007 marked a 20 year career relationship with Danny Goggin and his series of NUNSENSE musicals, starring as Reverend Mother in numerous productions of NUNSENSE (w/Loretta Devine,and casts of 5’s!!), MESHUGGAH-NUNS, NUNSENSATIONS (w/ Georgia Engel), and originating the role of Reverend Mother in NUNSENSE 2;THE SECOND COMING! She also had the pleasure of directing/choreographing NUNSENSE 1 AND 2.

Most recent: The 25th Anniversary tour of NUNSENSE w/Sally Struthers. 53 cities in 11 weeks on a bus; oh, the stories! *NOTE: These shows have kept audiences coming back,and a vast array of character actresses working, and for that, I am “eternally” grateful…